With the petticoat done it is time to start thinking of the dress itself. If you are making a Cinderella dress up next are circle skirts! Since I am mimicking that style for my Belle dress, I will be doing the same.

The first thing I did was decide what colors to do the circle skirts. If you are using sheers, it helps to layer the fabrics before hand to see what they will look like.

For my skirt I chose to layer circle skirts in yellow, white pearl, and gold. The yellow fabric I purchased was brighter than I expected. Adding the white and gold on top of it tones down the intensity of the color.

This is a few inches longer than I actually need, but since this part of the skirt will be visible on the outside of the final dress, I didn’t want to chance accidentally cutting it too short.

Depending on the circumference of your petticoat, and the fullness you want in your skirt, a circle skirt may or may not be large enough for you. You can always add godets at the sides to make the skirt fuller. This was not necessary for me.

A 56″ circle skirt in Sunshine Yellow. 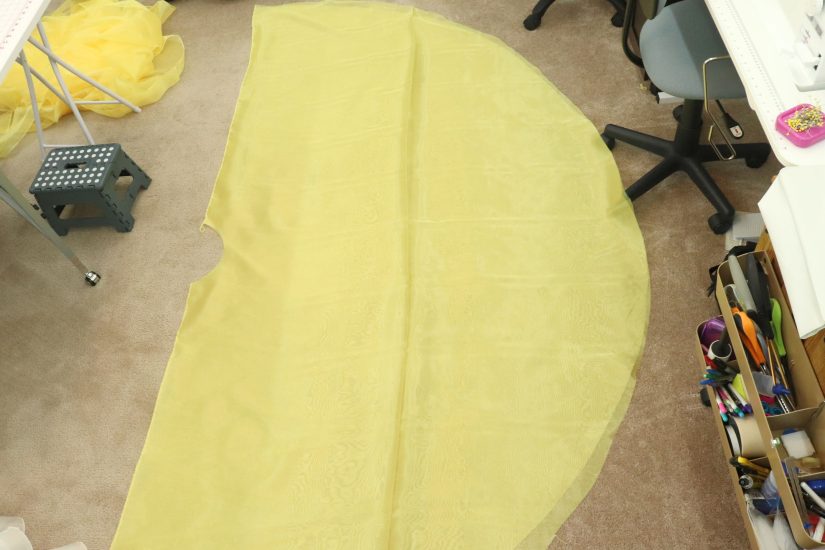 This was cut in two pieces, each using about 120 inches of 60 inch wide Casa Organza fabric from Joann+ in Sunshine Yellow. Each piece is a semi-circle and they were serged together at the sides to create a full circle. Approximately 7 yards used. 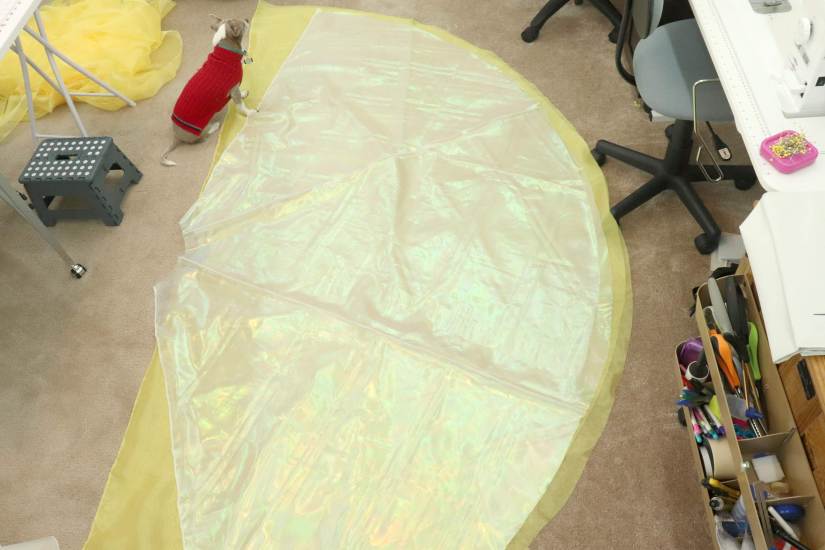 I ran out of the white pearl fabric, so I was not able to create a full circle skirt, but it was plenty big for what I needed. This skirt was cut using 6 sections. Each section has a radius of 56 inches and was cut so that the arc at the bottom of the skirt extended all of the way across the 44 inch fabric. It probably would have been better if I had 7 or 8 sections, but I don’t think it made a big enough difference for me to go out and purchase more fabric. If I was making the Cinderella dress I may have had a different opinion, but since I am making Belle, and the top portion of the skirt will be covered with an overlay I didn’t find in necessary. All 6 sections were serged together to create a wide skirt. Approximately 8 yards used.

I really liked using the pearl for this layer. The shimmer of the fabric is visible underneath the next organza layer, but is subdued. It gives a nice iridescent effect without looking cheap or over the top.

This layer was also made using Casa Organza. I don’t recall the exact color. It was purchased in store during a 70% off sale. Approximately 7 yards used.

I placed the pearl skirt inside the gold, and the yellow inside the pearl, to create a 3 layer skirt. 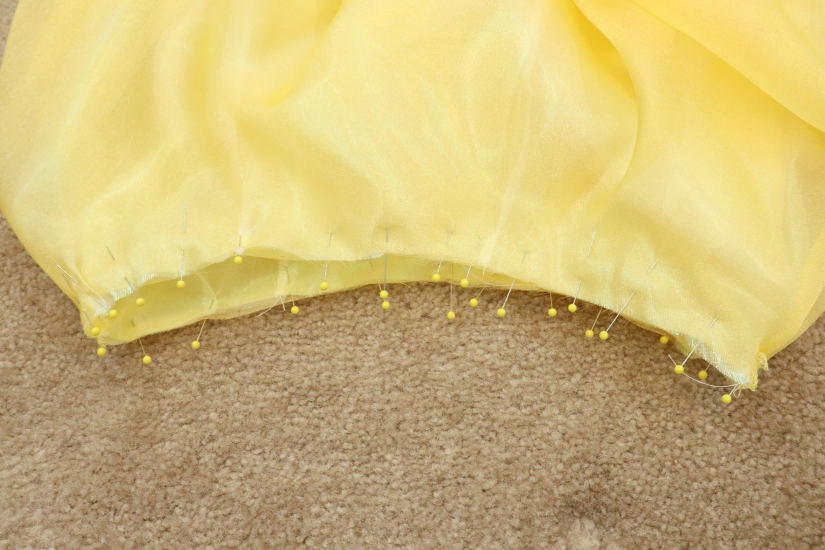 I measured 9 inches down the center back and stitched 2 rows of stitching about 3/16 inches apart along that center line. I then cut between the stitches to create a back opening. I used fray check to seal the raw edges. I plan on binding this in the future. 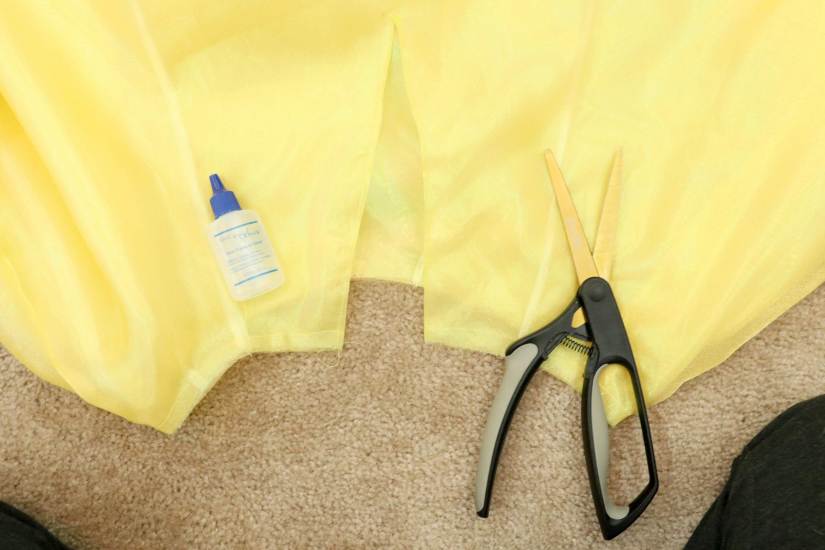 The circle skirts are done! If you were creating a Cinderella dress, you would now be ready to add a waistband and/or move on to the overskirt.

As for me, I am not yet finished with my underskirt. Since my dress will be Belle I wanted to have a bit more of a “bell” shape to the skirt. I decided to add another layer to the understirt that was a traditional tiered petticoat. I’m not sure how it will look, if the final dress will be better with or without it, but I wanted to give it a try.

I serged each tier together and then serged along one long edge of each tier to help prevent fraying when gathering.

Up next? A lot of gathering! It’s a good think I have Neflix!

View all posts by SewEvermore